Introduction: What is the Golden Triangle Tour?

Golden triangle tour package best tourist destination in India. It covers the three most well-known and historic cities in northern India – Delhi, Agra, and Jaipur. Golden Triangle Tour promises a rich cultural experience, as each of these cities has its own unique history and heritage. 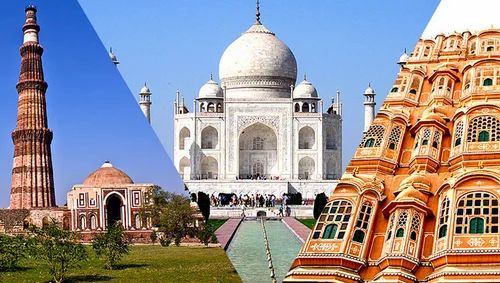 As the capital city of India, Delhi is where you will find some of the country’s most important political and historical landmarks. Places like the Red Fort, Jama Masjid, and Chandni Chowk are must-visits when in Delhi. Apart from these, there are also several other attractions like the Qutub Minar, Humayun’s Tomb, and Lodhi Gardens that make Delhi a fascinating city to explore.

Agra: Agra city is famous for the Taj Mahal.

The city of Agra is famous for the Taj Mahal which is one of the Seven Wonders of the World.
This world-famous monument was built by Mughal Emperor Shah Jahan in memory of his late wife Mumtaz Mahal. Apart from the Taj Mahal, Agra also has a number of other interesting places to see like the Agra Fort, Fatehpur Sikri, and the tomb of Itimad-ud-Daulah.

The city of Jaipur is wonderful for its culture which is also known as the “Pink City”, the capital of Rajasthan. It is renowned for its beautiful architecture and rich culture. Some of the must-see attractions in Jaipur include the Amber Fort, Hawa Mahal, City Palace, and Jantar Mantar. Jaipur is also a great place to shop for traditional Rajasthani handicrafts and textiles.

The history of the Golden Triangle Tour:

The Golden Triangle Tour was first conceptualized by the Indian government in the early 1970s as a way to promote tourism in the country. The idea was to create a circuit that would include the three most popular tourist destinations in India – Delhi, Agra, and Jaipur. Since then, the Golden Triangle Tour has become one of the most popular tourist circuits in India, with thousands of tourists from all over the world coming to experience its richness and diversity.

Why is it called the Golden Triangle Tour?

What are the top things to do on the Golden Triangle tour packages?

There is no shortage of things to do on the Golden Triangle Tour Packages. Each of the three cities has its own unique history and heritage, and there are a number of must-see attractions in each city.

In Delhi, some of the most popular tourist attractions include the Red Fort, Jama Masjid, Chandni Chowk, and Qutub Minar. Agra is known for being the home of the Taj Mahal. The Taj Mahal is one of the most beautiful monuments of Agra. Other places of interest in Agra include the Agra Fort, Fatehpur Sikri, and the tomb of Itimad-ud-Daulah. Jaipur, also known as the “Pink City”, is the capital of Rajasthan and is renowned for its beautiful architecture and rich culture. Some of the must-see attractions in Jaipur include the Amber Fort, Hawa Mahal, City Palace, and Jantar Mantar.

Apart from these, there are also a number of other activities that you can enjoy on the Golden Triangle Tour. These include shopping for traditional handicrafts and textiles, enjoying a camel safari in the desert, or even taking a hot air balloon ride over the Taj Mahal.

How to plan your own Golden Triangle Tour?

Once you have decided on the duration of your trip, the next step is to book your tickets and accommodation. When booking your tickets, make sure to check the schedule of flights and trains so that you can plan your journey accordingly. For accommodation, there are a number of hotels and resorts to choose from in each city. You can also find a number of tour packages that include accommodation and transportation. 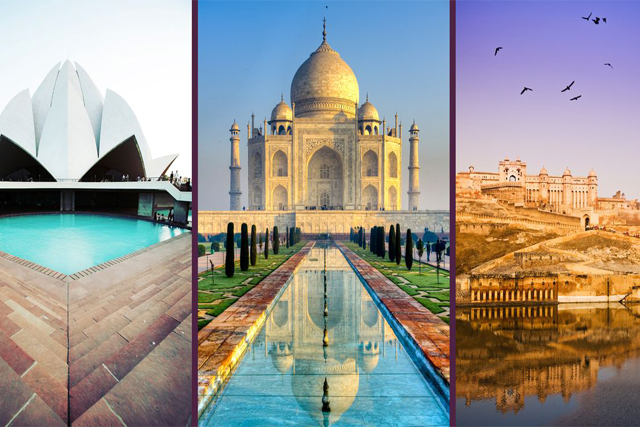 Once you have your tickets and accommodation sorted out, the next step is to start planning your itinerary. When planning your itinerary, make sure to include the must-see attractions in each city. Also, try to leave some free time so that you can explore the cities at your own pace and discover their hidden treasures. 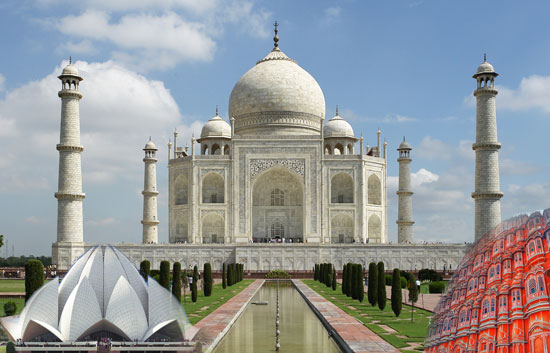