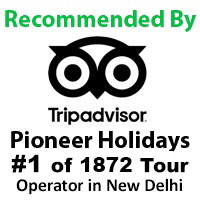 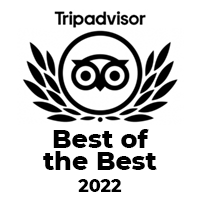 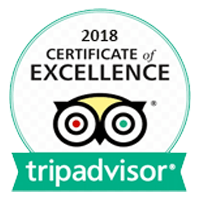 India is a land of art and religion, it is a mix of culture and there are heritage monuments scattered throughout the region.

Tourists to India usually want to explore the wonders of this beautiful country and they often opt for the Golden Triangle Tours of India, this tour helps travelers cover ancient Hindu and Mughal monuments that were once the major structures of that era and now also played an important role. To preserve and reveal the wonders of ancient India.

The tour helps travelers visit three ancient cities of historical importance, each with its own unique culture, style and architecture and has been around for centuries. The city which travelers visit in the Golden Triangle Tour Package is New Delhi (Capital City of India), Agra (City of Taj), and Jaipur (Pink City). You can experience the best travel in Delhi, Agra and Jaipur. 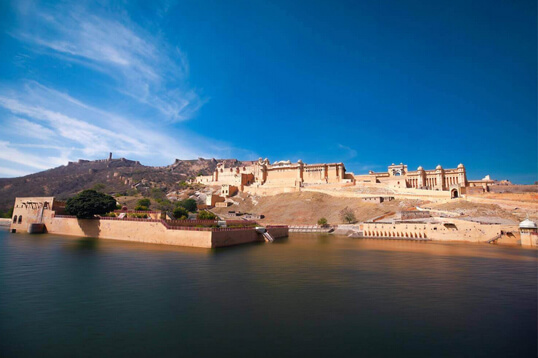 What is Golden Triangle Tour Packages?

The best Golden Triangle Tour Packages help travelers visit three of the most amazing archeological cities in India. These cities have their own heritage structures built in different eras and have been an important stop for travelers from all over the world. The first city where travelers start their journey in Delhi, it being the capital of India now and in the past has always been the starting point for travelers.

The city has an international airport and trains running from all over India make it an ideal city to start the journey. Delhi has a lot of history including Mughal and British and also has a religious background, it is the city of Indraprastha, the city mentioned in Mahabharata (Hindu religious text). Travelers can choose to come to Delhi and later travel to Agra, the capital of India in the Mughal Empire and the city of the Taj Mahal.

The city of Agra has many historical sites, each representing a cultural mix of different religions and arts. The city has been around for thousands of years but still, the main attraction of the city remains the Taj Mahal which in itself is the Seven Wonders of the World. The next city to visit is Jaipur, the city of the Rajputs, a caste of warriors from ancient India.

The city of Jaipur has a lot of ancient sites which were built by different kings with different beliefs but still attract visitors from all over India and the world. The city is known for its architecture and forts, but it is also famous for its jewelry and crafts, which still astonishes everyone who visits this place. Overall the mix of cultures and history makes this tour exciting and gives travelers more time to understand and appreciate the beauty of India and also witness the diversity of this country.

Each city has some amazing archeological monuments and has always made their mark in the history of the country. India Golden Triangle Tour helps cover some amazing structures in a sequence so as the travelers can relive the cultures of these three cities. Delhi being the first city has sites which have been made by different empires and have been around for centuries.

Each city has some amazing archeological monuments and they have always made their mark in the history of the country. India Golden Triangle Tours covers some of the amazing structures in a sequence to help travelers re-live the cultures of these three cities. Being the first city, Delhi has sites that have been built by different empires and have existed for centuries.

Each of these sites shows what men were able to accomplish without modern tools and equipment that is still not possible to recreate with all the resources at hand. Next city travelers will visit Jaipur, the Pink City, the place of Rajputs and forts. Jaipur has a long line of history and has some amazing places where travelers can expand their ideas about India and its culture.

Each of these sites shows what men were able to accomplish without modern tools and equipment that is still not possible to recreate with all the resources at hand. Next city travelers will visit Jaipur, the Pink City, the place of Rajputs and forts. Jaipur has a long line of history and has some amazing places where travelers can expand their ideas about India and its culture.

Each of these sites shows what men were able to accomplish without modern tools and equipment that is still not possible to recreate with all the resources at hand. Travelers to the next city will visit Jaipur, the Pink City, the places and forts of Rajputs. Jaipur has a long line of history and has some wonderful places where travelers can expand their views about India and its culture.

Things to do in Golden Triangle Tour

Travelers can do a lot on a Golden Triangle trip, not only can they explore the archeological sites of these cities but also experience the cultural, religious and spiritual differences of each city. It has a lot to offer as it is home to over 17 million people and each side of Delhi showcases some amazing people and sites to the travelers.

It is a cultural mix of modern and traditional values and shows the world its unique culture in terms of its people, its food, its religions and its art. Travelers can learn a lot from Delhi about how modernization is not the end of traditions but a means to something beautiful. The city of Agra with its unique architecture and history had always attracted travelers to this city.

Apart from other places in the city, Agra has its own traditions which can be seen in the dress and festivals celebrated here. Travelers can experience this phenomenon as they travel to Agra, they can not only see the Prem Smarak, Taj Mahal but also learn about the history of the people of Agra city. Visitors can also see the descendants of the then artists who played their part in the creation of some amazing monuments and still continue the art to the same extent.

We offers travelers an opportunity to relive and recreate the lives of the royals of that time who once lived and ruled the city. Travelers can experience a lot during the journey. Not only can they visit some amazing forts but also visit the Gem market in the Pink City, this market has been around for centuries and has some amazing display pieces which are popular among the people.

Jaipur is also famous for its unique cuisines and the city streets have a kick for the taste of the travelers wandering around. Visitors can experience a lot through India Golden Triangle Tours and they can become not only historically awakened but also taste and culture change.

Travelers can choose from a number of options through which they can travel to Delhi, Agra and Jaipur. It is the most convenient way to do so, traveling by car can help travelers visit each city individually and help them travel both urban and rural areas of the city. There are also frequent buses plying from Delhi to Agra and Jaipur which can help in making the journey easier and safer.

Trains are also an easy mode of travel, but it requires passengers to change trains when they reach Agra and reach Jaipur. There is not a single train running from all the three cities. Flying from Delhi to Agra is not possible so it is not the best way for travelers traveling.

Travelers travel till the end of December and February but during that time visibility is not possible due to fog and haze on highways and monuments in all the three cities. Visitors avoid traveling to these areas during the month of May to July as the temperature around these areas can go up to 40°C to 45°C.

While traveling to India and opting for the Golden Triangle tour, travelers need to take precautions and follow certain things so as not to hurt the sentiment or belief of the local people. They are required to carry their valid ID with them at all times and must cover their heads at any religious places they visit during the journey.

Travelers who are friends with locals should always be on the alert for anything suspicious and should always take pictures and videos of the vehicles in which they travel. Travelers should also carry certain medicines with them, as prescribed by their doctors, in case they eat off the road or travel to areas.

India is a proud country with history and diversity and travelers can experience a lot of its culture while taking in the Golden Triangle of India. This tour can start a new chapter for those who know very little about the wonders of this beautiful country.